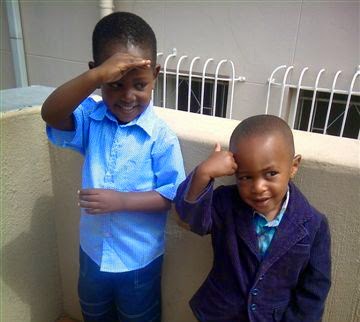 It is with sadness that we announce the passing of our four-year-old Nesta on the 19th of August, a great shock to everyone.  He contracted meningitis which caused him to go into a coma from which he never recovered.  To his parents, our deepest sympathy.  He is very much missed around Mercy House and is seen in the photo above on the left with his companion and best friend, Yuri, on the right, taken after Sunday Mass shortly before he died.
« 1 2