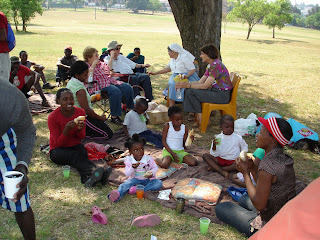 Friday 24 September, being a public holiday, was Big Race Day and also Big Bucks Day, because it was the day of our Spring picnic which included our Spring Marathon, a race for the ladies, one for the older kids and one for the little ones, being followed by a picnic lunch and ad hoc games 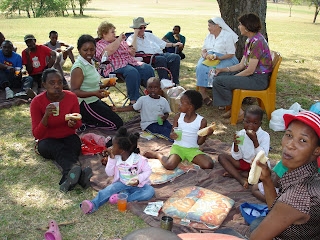 The prizes were handsome, being as much as R100 for the men’s winner and R50 for the Mens Race 2nd place, 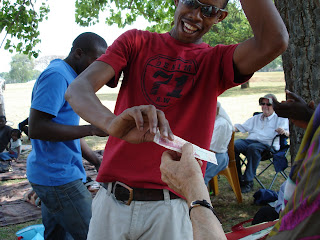 also all who finished within a few minutes of the winner got R10 for being “also rans”. 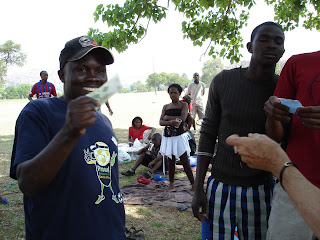 The ladies too had prizes and the kids got their sweet and chips packets prizes. 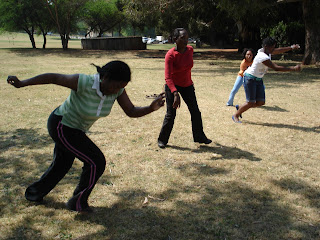 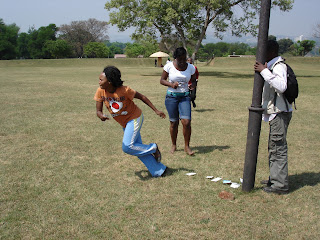 Then there was the Booby Prize race, a short one for the young men after they had recovered from their long marathon. 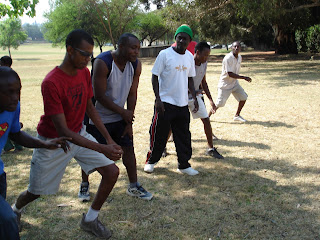 The fun was not only for Mercy House residents, but also for the many we help who live outside the house.

Tish and Peter Holding, Sister Fidelis and Diana attended as well.
A good time was had by all, as the photos show. 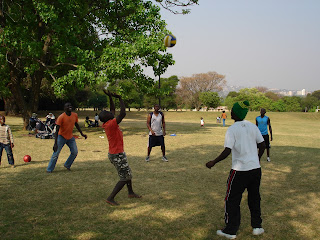 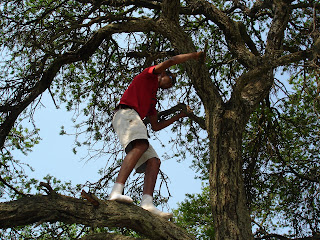 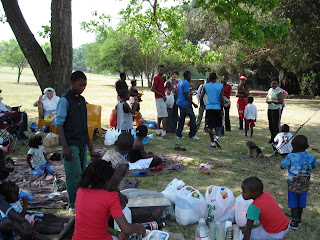 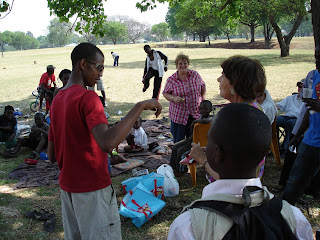 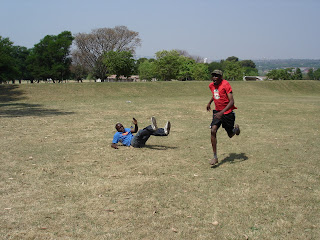 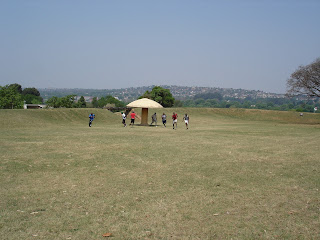 Wonderful News
Our former house leader, Richard, who came to us with a broken hip 6 years ago, was recently resettled to Norway where he will be able to complete his engineering degree. The best news we could have had is that he has been given a hip replacement operation which will enable him to live a normal life again: whilst with us, he had a “fusion,” which left him with a limp, unable to sit or walk properly and also unable to run. Once he has recovered from his operation, he will be able to run, walk and play soccer again, which will be an immense joy to him after so many years of suffering from having been beaten up by soldiers in the war in his country. We are thrilled for Richard and wish him a speedy recovery and much joy in his new life.