DIVINE PROVIDENCE DOES IT AGAIN!!!! 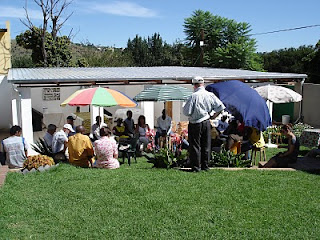 On Friday 16 July our residents awoke to an unpleasant surprise: thieves had come during the night and stolen most of our bicycles and all the washing from the wash lines.  It was unnerving and everyone was downcast, since bicycles are our main means of transport. 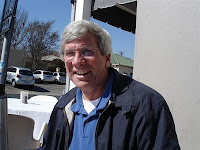 By amazing co-incidence (or was it?), our BA Pilot co-worker, Stefan Bartkowiac, had planned to spend the day at Mercy House.  Stefan and Diana arrived mid-morning; to meet an atmosphere of disbelief and gloom, but it did not have to last for long.  A few months prior to this, Stefan had entered a British Airways Competition. Each entrant had had to specify a particular charity that the prize money would go to and what it would be used for in particular. Totally unaware of what was to come; Stefan had nailed his prize money down to being used for bicycles at Mercy House! What could have been more appropriate!  So abracadabra again – the very same morning after the theft of our bikes, Stefan went out with his huge prize money, to go and buy replacement bikes for our people.  Some may say, sheer con-incidence, but we would rather admire the remarkably kind and tender care of our God. 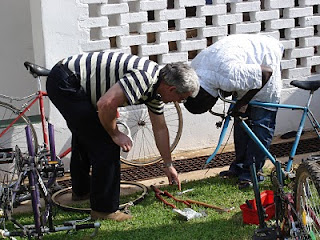 The 2nd picture shows Stefan on that very day (16.7.2010) and the 3rd photo reminds us that nothing is as powerful as example: every time Stefan comes to Mercy House (from the UK of course) he spends most of his time helping our boys to fix their bikes.
Our youngest orphan, Moise, must certainly have been inspired and impressed, because here he is giving bike-fixing a try himself. 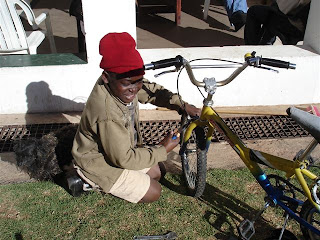 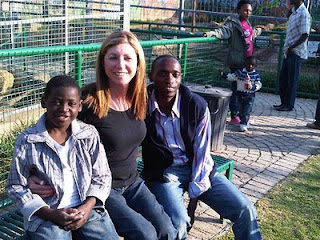 who lives in Johannesburg, makes a most valuable contribution to our work, by taking as many of our residents as she can fit into her car, for outings at weekends.  The pictures below show some of the joy experienced on some of these occasions. 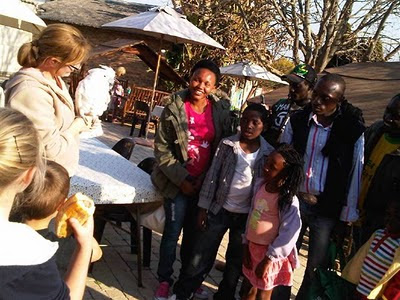 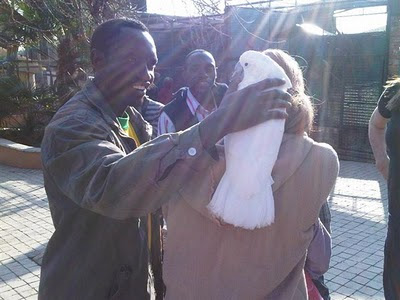 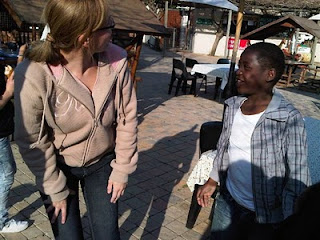 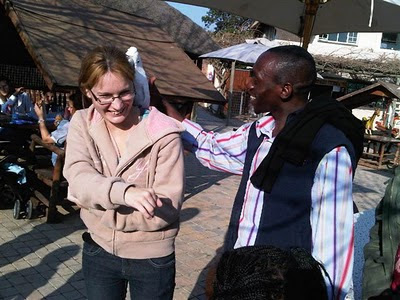 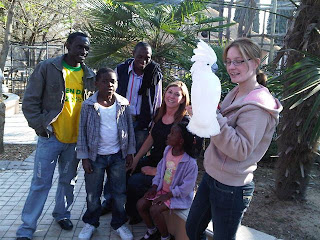 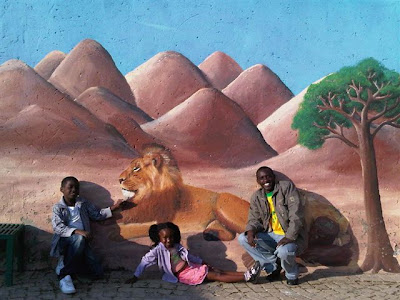 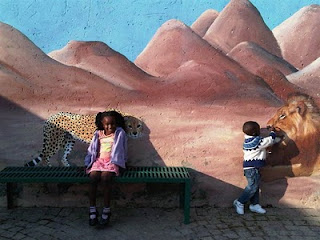 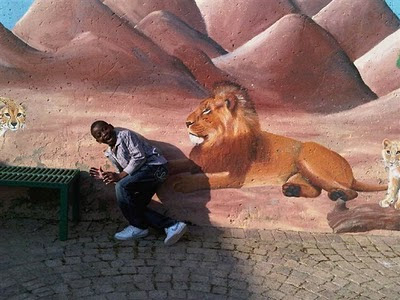 News flash
Danny Swaka, Sudanese refugee who lived at Mercy House for a number of years, has just been resettled to Canada. We are very proud of Danny:  we were able to get him through a 4 year teaching degree which he completed last year, and he was  head student of his college for 2 whole years: another tribute to the greatness of his character. We wish our Danny everything of the very best for his future – SA is the poorer and Canada is the richer for this move! We know that he will keep in touch and that he will always remain part of our Mercy House family.
Immediate plans 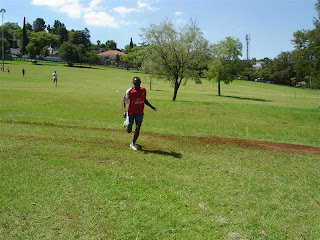 We plan to have a picnic at the park and our usual marathon round the park on 24 September, a public holiday, which should be great fun. The picture shows last year’s winner, Festus, who may or may not be able to do it again: watch this space!